The Augmented Reality Handheld Device Ecosystem includes Smartphones and Tablets. AR has been used for various industry applications. The growth of AR applications will allow customers to visualize a product’s specifications before purchasing it. Sephora, a fashion retailer and Modiface, an augmented reality developer, have worked together and created a virtual reality application that allows customers to virtually try on products offered by Sephora. It also allows users to virtually explore beauty products on their face. Later, in the year 2018 L'Oréal acquired Modiface.

Home Depot has also launched an AR-based mobile app in the year 2016, which allows users to select a piece of furniture and view it virtually at their homes. The app can be used in stores for locating the required item and for viewing the product description, etc. Such measures by companies can help them gain greater profits. AR Handheld Device is expected to grow at a CAGR of 43% between 2016 and 2023, which would have positive impact on the AR handheld device ecosystem. 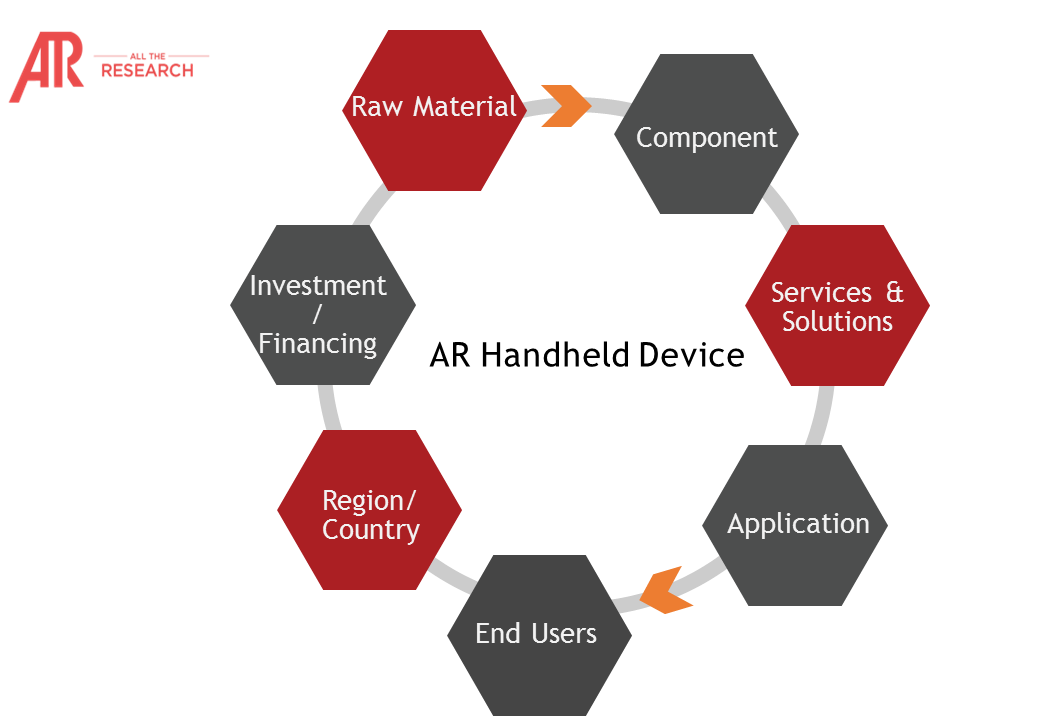 In the healthcare industry, AR handheld device applications have laid a strong foundation, especially in the medical imaging systems that allow surgeons to diagnose and perform surgeries more accurately. Orca Health, founded in the year 2010, have introduced a new AR VR application “EyeDecide” that helps strengthen the relationship between the patient and the healthcare provider. This application helps patients better understand their Eye health. Medsights Tech, a company based in the US, has developed an AR app that recreates the three-dimensional representation of tumors. It helps medical professionals understand the depth of the tumor with high detailing.

Another promising healthcare application of AR handheld devices is vein visualization. More than 40% of intravenous injection miss the vein at the first attempt. AccuVein uses Augmented Reality and Near-Infrared imaging for detecting veins in patients accurately. The AR portable scanner projects the vein accurately for the nurse and clinicians, which in turn, helps inject the patient’s vein accurately at the first go. These are some of the new developments that will promote the growth of the AR Handheld device ecosystem. According to our analysis, ARVR in healthcare could worth US$ 2.5 Bn by 2023.

One of the most prominent areas where AR handheld devices are used is the smartphone industry. Apple Inc. and Google LLC are heavily investing on the AR landscape through AR Kit and AR Core respectively. Google Ventures has invested around US$ 14.5Mn in the UK-based Augmented Reality start-up Blue Vision Labs. Google has introduced AR applications in its new Pixel 3A and the older version of pixel smartphone on May 2019 in the I/O conference.

Apple has been already working on Augmented Reality. Currently, Apple has about 1000 engineers for its ARVR initiative. The company has planned to launch its new iPad Pro with AR functions in the first half of 2020. Further, the smartphone giant Huawei has introduced AR Measure application on its Huawei P30 Pro devices that also use a dedicated “3D Time of Flight” sensor. Another Chinese smartphone giant Oppo is planning to invest on advanced technologies such as AR VR, AI, etc. These are some of the key factors that are contributing to the growth of AR Handheld device ecosystem.

The major players operating in the Global AR Handheld Device Ecosystem are as follows:

Very few markets have interconnectivity with other markets. Our Interconnectivity module focuses on the key nodes of heterogenous markets in detail. Healthcare, Camera, and Automotive are some of our key researched markets. 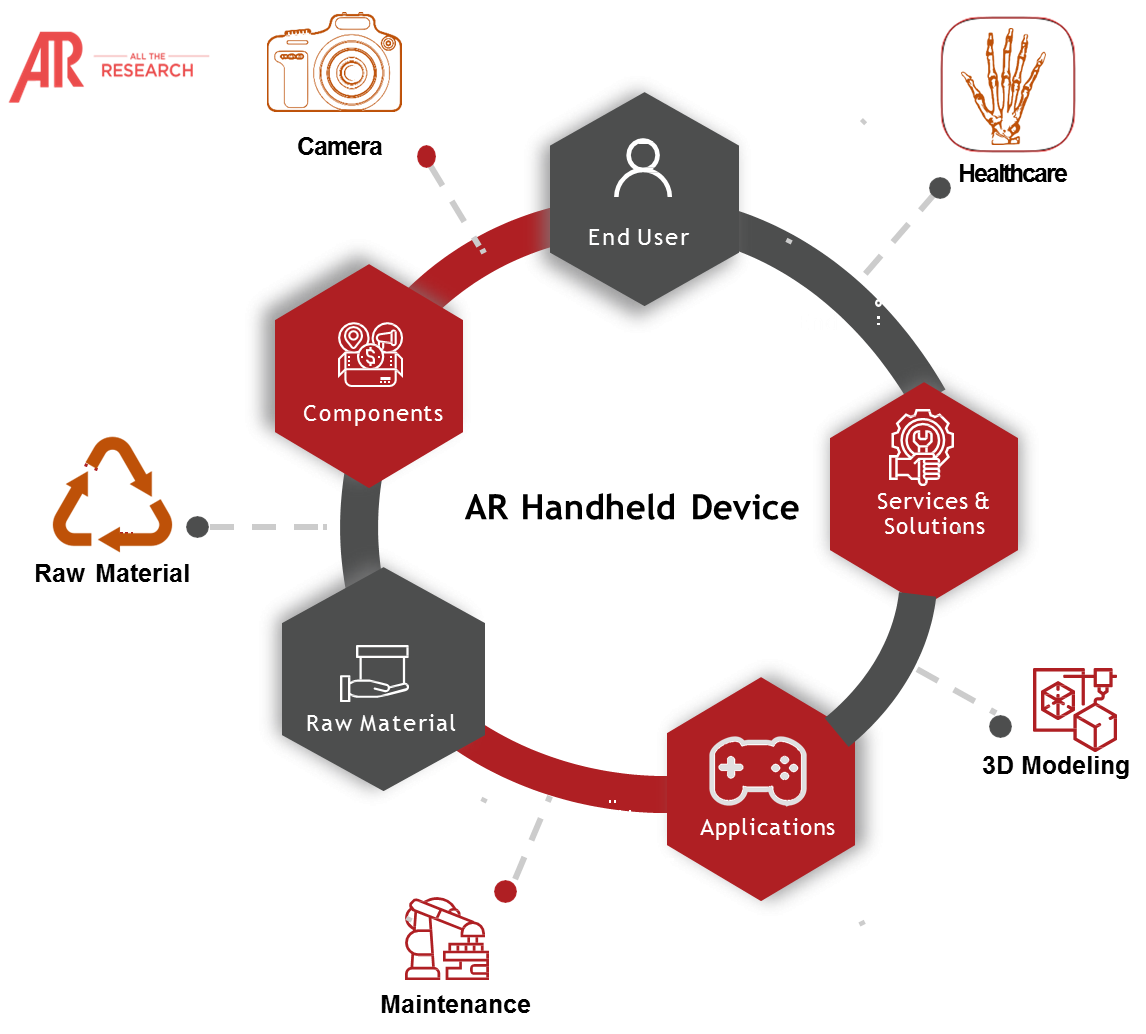