This report evaluates “Global 3D Printing in Electronics Market” by studying Ecosystem analysis, trend intelligence, and market revenue analysis. The global 3D Printing in Electronics Market was valued at US$ 456.4 Mn in 2020 and is projected to reach US$ 3,004.2 Mn by 2027 at a substantial CAGR of 30.45% during the forecast period (2021-2027). Increasing demand for nano-dimensional electronic components among the manufacturers is expected to drive the growth of 3D printing in electronics market in recent years. At the same time, benefits provided by 3D printing to the electronic industry such as in-house prototyping, the flexibility of design, customization of components, and others are driving the growth of 3D printing in electronic market in recent years.

Based on end-user, the aerospace & defense industry is expected to grow at the fastest pace during the forecast period. The increasing advancement in manufacturing methods that demand for more functionality electronic components packed into less pace creates the demand for the segment in recent years. As weight is considered one of the important parameters in the aerospace industry in order to reduce the overall fuel consumption. For instance, in July 2018, Lockheed Martin announced its collaboration with Arconic on advanced material and 3D printing in order to develop next-generation manufacturing processes and advanced materials. Moreover, 3D printing in automotive is used for manufacturing electronic components. This technology enables engineers in designing electronic components that fit the engineering parts, rather than using the traditional way of designing parts around electronic components.

North America dominated the 3D Printing in Electronic market in 2020 and is expected to show similar trends in the coming years. The increasing adoption of 3D printing technology is several end-use industries such as aerospace & defense, automotive, telecom, and others are expected to drive the growth of 3D printing in electronics market in the region. At the same time presence of major players such as Stratasys, 3D system in the region is also one of the major factors driving the growth of 3D printing in electronics market in the region. Further, the Asia Pacific region is expected to grow at the fastest pace during the forecast period. The rising use of consumer electronic devices such as smartphones, wearable devices, drones, and others is driving the growth of the market in the region in recent years. According to a market study in 2017, the number of smartphone connections was 2.5 Bn in the Asia Pacific, countries such as China, India, and Indonesia are the major countries driving the connections of smartphones in the region. Thus, the increasing number of smartphone users paves to be one of the major factors propelling market growth.

Major players in 3D printing in electronics market such as Xerox, Nano Dimension, Beta layout, and others. These companies are mainly focused on mergers and acquisition, R&D, partnership and other such strategies for increasing their market share. For instance, in May 2016, Xerox an American company announced the development of 3D printed circuit board technology for smart devices in order to leverage the advantages of 3D printing technology. 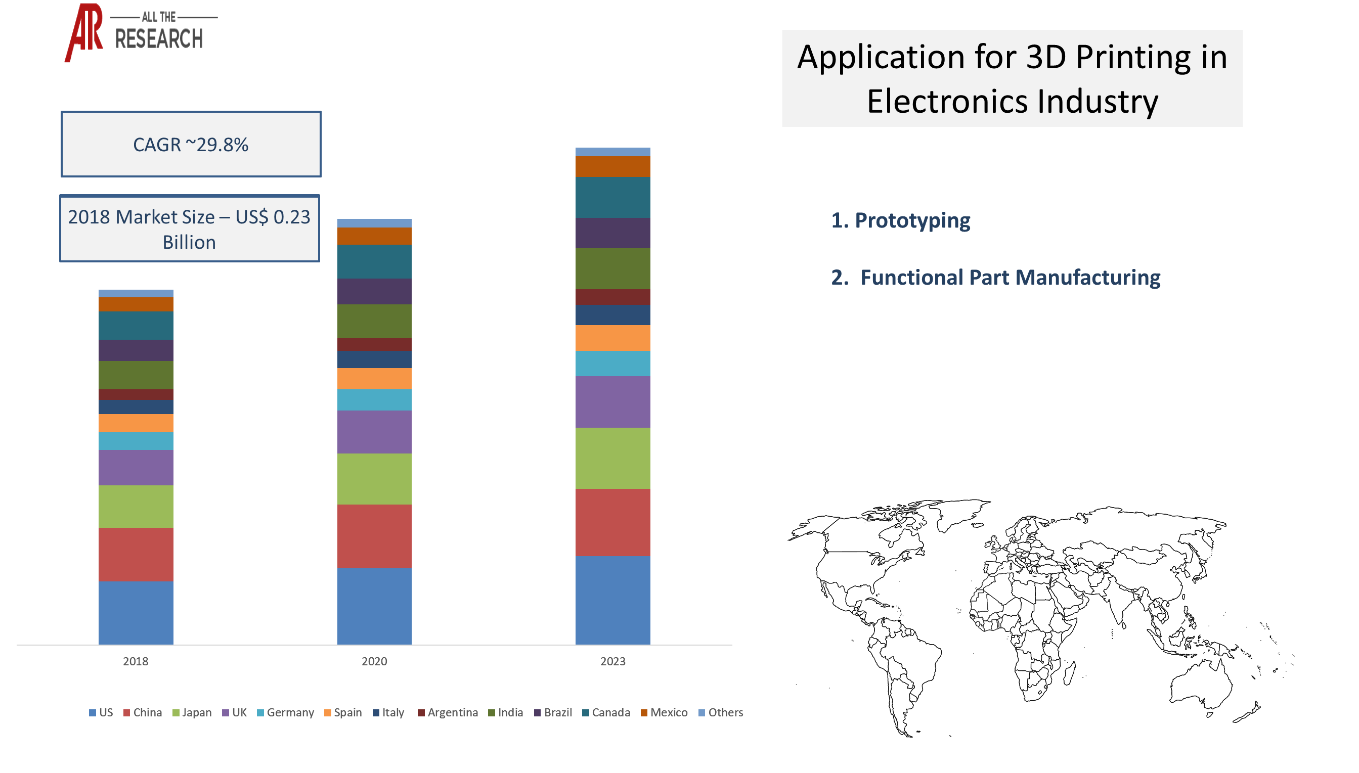 Very few markets have interconnectivity with other markets like 3D printing. Our Interconnectivity module focuses on the key nodes of heterogenous markets in detail. AR VR, cloud computing, the internet of things, robotic automation, artificial intelligence, and 5G integration markets are some of our key researched markets 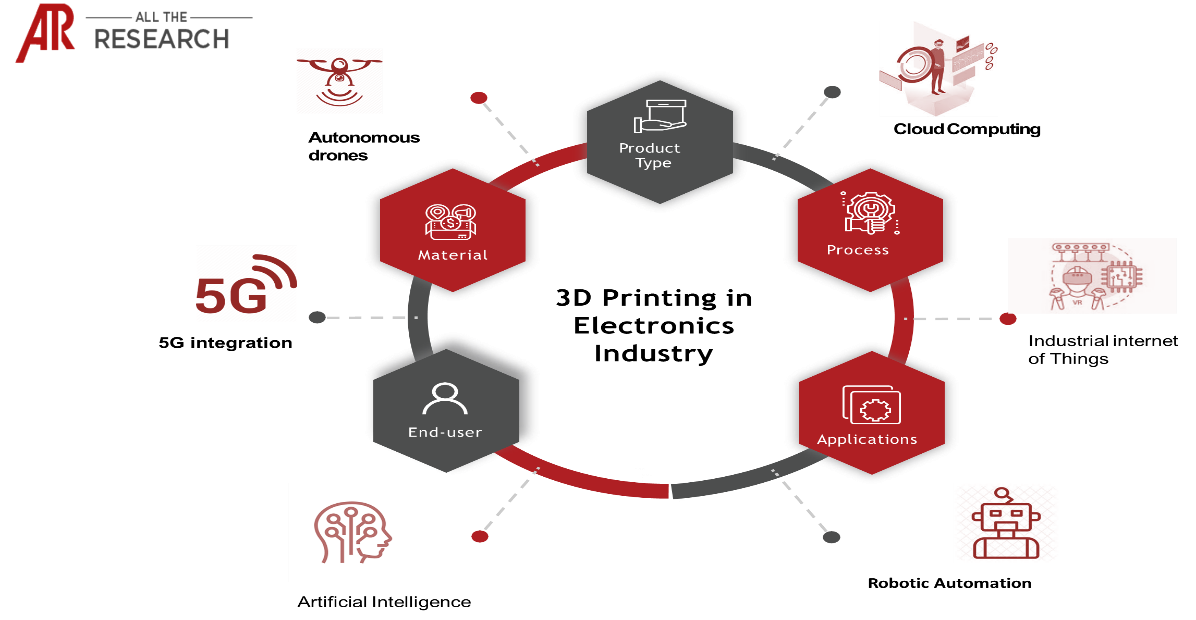