In the last few years, there has been an increase in investments in AR VR companies with a focus on the healthcare sector. For instance, Syncthink, a company that has developed a fully integrated VR device for eye-tracking called EYE-SYNC, raised around US$ 3.5 million in Series A funding in January 2018. Another company Meridian raised US$ 2.5 million seed funding in December 2017. The company has a mobile application called AR+. The application allows clinicians to deploy medical content through video, audio, 3D imagery, and training. 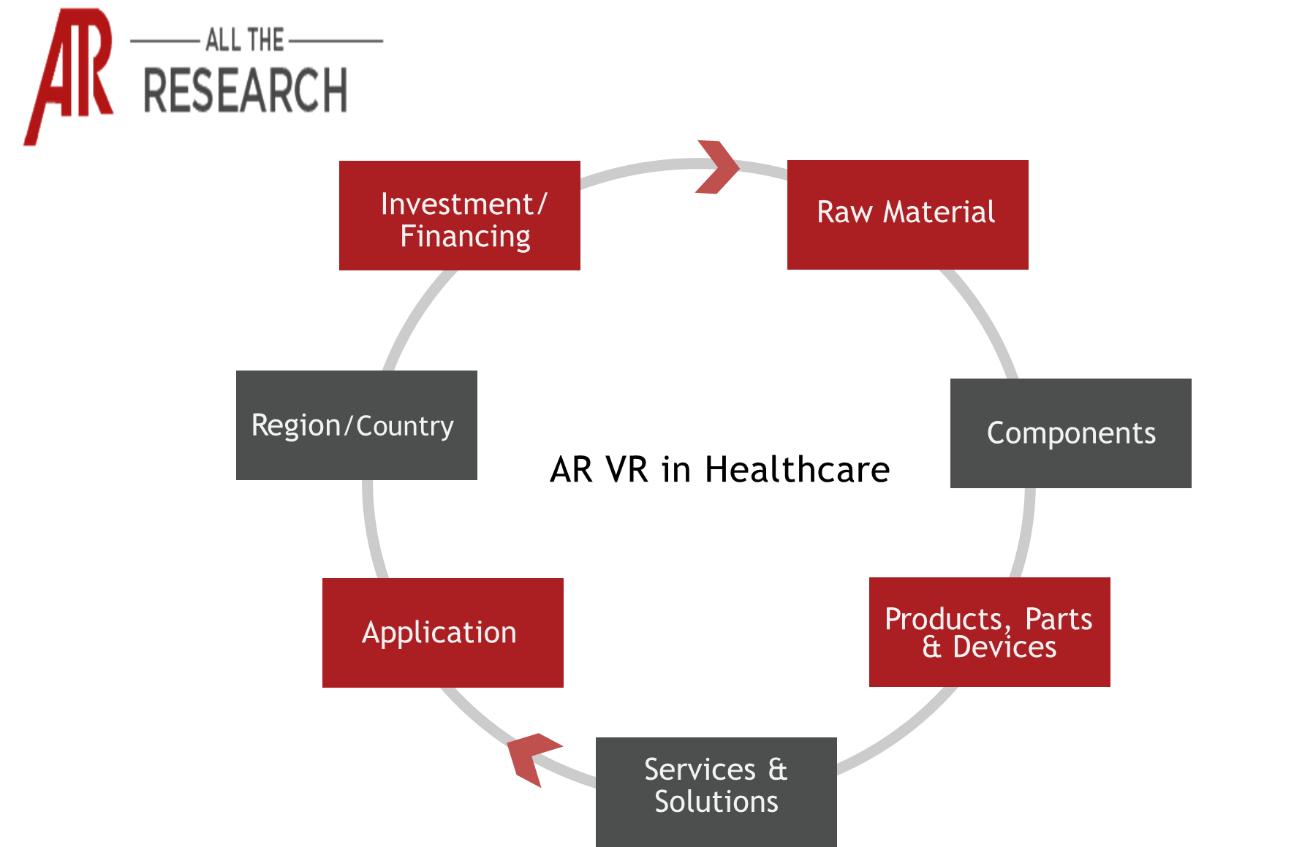 The AR VR in Healthcare market was valued at US$ 429.6 million in 2018 and is expected to reach US$ 2,547.6 million by the year 2023, growing at a CAGR of 42.1%. The growth of AR VR in Healthcare ecosystem is mainly driven by increasing investments and the growing need for advanced technologies to improve diagnosis and treatment outcomes and reduce healthcare costs.

One of the most important areas that will be impacted by the integration of AR is surgeries. There has been an increase in the number of minimally invasive surgeries being performed. Minimally invasive surgeries, however, require the surgeons to rely on imaging data which is mostly in 2D format. This may sometimes lead to errors. However, with the use of augmented reality, it is possible to provide surgeons with a better 3D view of the inside and outside of a patient, which can help improve surgical outcomes significantly.

According to a recent report published in the SPINE journal, the use of AR technology demonstrated an accuracy rate of around 85% in pedicle screw placement as compared to 64% with the free-hand technique. Philips healthcare is one of the leading players that is increasingly investing in this technology.

In February 2019, Philips Healthcare unveiled a new mixed reality concept, which is based on its Azurion image-guided therapy platform and Microsoft’s HoloLens 2 holographic computing platform. This platform brings together live imaging and vital data and llllllllllconverts it to a 3D holographic AR environment that helps surgeons in improving outcomes of the surgery. 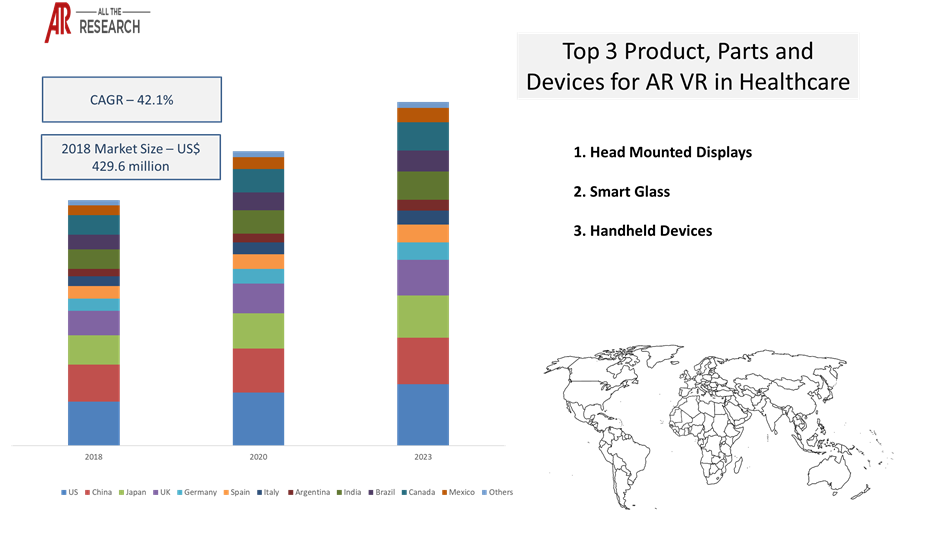 The Major Players Operating in the Global AR VR in Healthcare Market Ecosystem are as follows:

Very few markets have interconnectivity with other markets like AR VR. Our Interconnectivity module focuses on the key nodes of heterogeneous markets in detail. Artificial Intelligence, the Internet of Things, 3D printing, and Medical Imaging markets are some of our key researched markets. 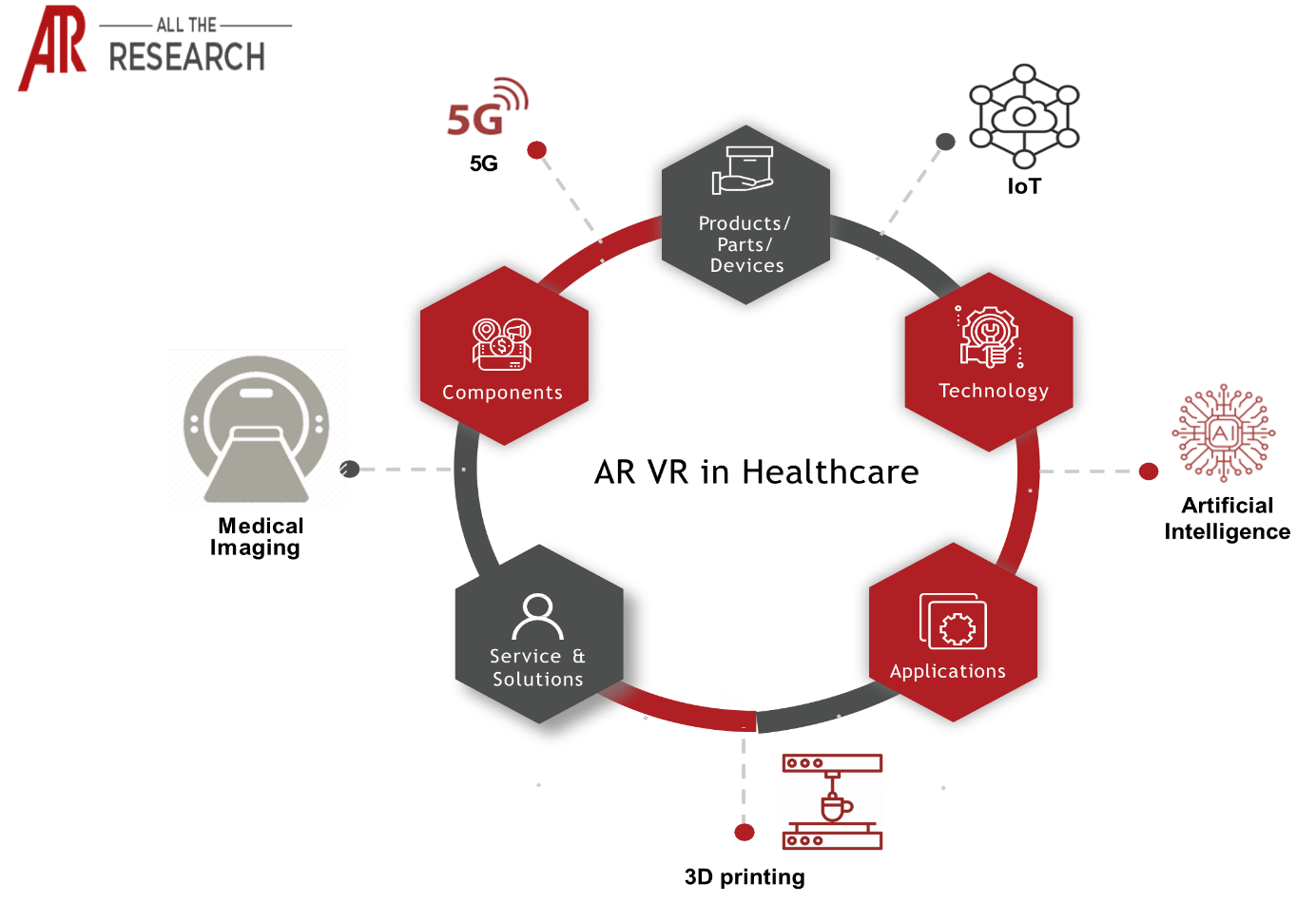